You need to read this book. It is amazing. It’s about an alien invasion, which I did not think I would like. This story follows Cassie around after the mothership appears above the earth and the entire world is decimated in a series (waves) of attacks. We pick up after the fourth wave and the book is about the unfolding of the 5th wave for human annihilation.

This book is witty with great humor even though it’s a very dark subject. Cassie is a great character to read. She is so sarcastic. We follow a few other narrators that we jump back and forth to.

The entire book is full of twists and turns, and the book keeps you guessing until the very end of the story on who is the good guys or the bad guys and is very exciting. Go read it. It’s great.

Ok so the 5th wave is so amazing.

We start with Cassie. She was such a normal relatable girl in the beginning. We have all been there where we crush on a boy and he doesn’t even know our name. So she’s going along and then all of sudden she gets shot in the leg and I turn the page and now it’s a new narrator! I was not prepared to leave Cassie. Now I did not realize at all that the new narrator was going to be Ben Parish until they said his name, so that was a real shock.

Now following Cassie we are under the impression that the people who came and took Sammy were aliens. But now Ben is being trained by the army and they’re the good guys, but this is where they took Sammy but this same guy killed Cassie’s dad and now I was confused.

So here I am reading along with absolutely no idea if this military base are the good guys or the bad guys.

So following Ben around I was so confused and didn’t know who to believe. But then when Ben and Ringer figure it out it was such an “Aha” moment. Normally I consider myself pretty good at seeing what’s coming in books but I could never guess what was going to happen in this book.

Then with Evan I was second guessing myself the entire book. At first I was so suspicious of him. And I love Cassie when she’s with Evan because her comments are hilarious. She calls Evan “teenage Brawny paper towel guy” and then she comes up with the name “Lurker” because he’s always just standing outside the door.

There are so many times where it seems like Evan could be an other but then Evan always has a good reason. “How do you know my name?” “Drivers License”. “How did you know about the crucifix soldier?” “I read your journal”. I didn’t know if I believed him or not. Then they go off together and Cassie doesn’t trust him but he won’t tell her and he gets blown up and she has to take the shrapnel out of his ass. That was hilarious. The entire scene was so awkward and Cassie just had such a great internal monologue. Evan is literally the cutest stalker I’ve ever seen and I wasn’t sure if I was shocked or not that he was the silencer at the end, but then the way they explained it was even more complicated.

Then we have Ben and Nugget who have the cutest little relationship. They’re so cute together. It’s cute that he becomes a new big brother to Sam. Then we have the entire combat scene which was crazy. Things blowing up, people dying and then Ringer coming up with this epiphany that they’re the 5th wave. When she took her tracker out and glowed green I got it immediately and then they had to explain is to the group but then when Ben had her shoot him so he could go back for Nugget, so cute.

So then we have Cassie breaking in to save Sam. And it’s great because we’ve already gone through wonderland twice; once with Ben, once with Sam and both times I was under the impression that these were the good guys. But this time with Cassie we know so it’s completely different. I love when she attacks Dr. Pam and then she tries to execute Cassie but kills herself.

Then the scene where Cassie finds Ben and she’s been doing nothing but thinking about where he might be and he doesn’t even remember her was adorable. I love how Sam seems slightly more attached to “Zombie” now and Cassie gets territorial over him. And then the whole scene with Vosch and hitting the execute button for Sam but it doesn’t work and Cassie realizes that Evan is there even though they agreed he would not be coming. I love how he knocks to let her know he’d like to come in and then the whole scene with Ben meeting Evan and Cassie is all awkward was just the right touch of humor needed in such an intense scene.

Then at the end Evan leaves and Sam, Cassie and Ben basically run for their lives. Cassie’s knee is still bad, Ben’s gunshot wound is not healed and they’re both struggling but then Ben’s unit comes in and saves them which was awesome. The end was so action packed and that was great after such a mentally confusing read where you never knew who was who. I loved this book and I’m waiting for Evan to come back because we do not get to see him in the end and that is concerning but he said he’d find her and I’m holding him to that.

Honestly and awesome read, highly recommend. Go read it if you haven’t even though I would have just spoiled the entire thing. Honestly, so great though. Love the 5th Wave. So excited for the second book 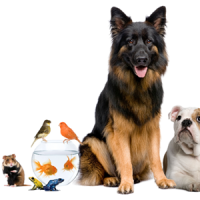 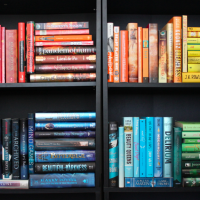 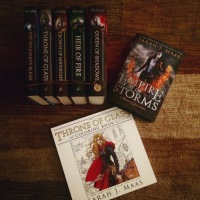